A little more then a month ago my husband and I welcomed our sixth grandchild. He is an adorable little guy named Evan.

Evan is our third grandson. Having raised two sons, I must admit I have a soft spot in my heart for little boys. My boys always had a way of making me laugh. They still make me laugh. They are always there for me in good times and bad.

One day I stopped over my son and daughter-in laws home to see the baby. As soon as I walked in the house my daughter-in-law handed me the baby to hold so she could take a bathroom break. I sat on the couch next to our oldest grandson Garrett (4 years old). He was not paying much attention to me because he was busy playing with his iPad.

Evan started to cry. I leaned over to Garrett and said, “I think Baby Evan is getting hungry.” Without lifting his head, Garrett’s reply was, “You have to take your bra off Nana and feed him, just one side!” I thought I was going to pee my pants! He acts like he isn’t paying attention, but Garrett doesn’t miss a thing!

The next evening I was talking to my daughter-in-law in Ohio. She was telling me a story about our grandson Oliver ( 2 years old). Oliver was carrying around a baby doll. It was probably his sisters, but he claimed it as his. His Mom said, “Let’s put some clothes on your baby.” She found a newborn diaper and a newborn outfit and Ollie’s baby was ready to go!

Ollie carried his baby into the living room. Now, this baby talks and cries. He started to cry and Ollie attempted to comfort him. He laid the doll on the couch and as he did the baby said, Mama! Ollie looked at the baby and said, “No, Da Da!” The baby said “Mama” again and Ollie told him again that he was Da Da! He got disgusted and left the baby on the couch.

I’m telling you, they crack me up! I am looking forward to seeing what Evan’s personality will be like. So far his brother Garrett and cousin Ollie are keeping their Nana laughing 🙂 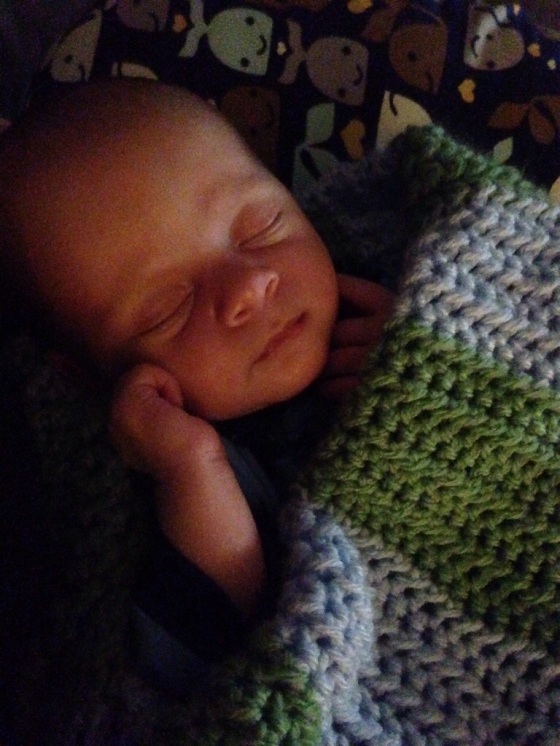 6 thoughts on “Little Boys Crack Me Up!”